IT OCCURRED TO ME mid-morning on the eve of the new millennium that hanging out at the Walter Manure Glacier and watching the meager snow cover sublimate was no way to usher out a year, much less a century or a millennium.

After all, what if the predictions of gloom and doom were to come true? This could be the last day of the world as I know it, my last chance to have any fun. Why spend it stoking the fire, pounding a keyboard, peering into a plastic box and writing nonsense like this: 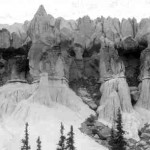 THE PLACE formerly known as Black Canyon of the Gunnison National Monument became a National Park last year, and now the authorities are looking at a similar upgrade for Great Sand Dunes National Monument.

FOR PURPOSES OF SPECULATION here, let us assume that the entire Baca Ranch becomes part of a Great Sand Dunes National Park. What happens next?

As it is, there is only one entrance gate, about 35 miles northeast of Alamosa by either of two routes — let’s call this the Mosca Gate, since that’s the closest post office.

IF THE NATIONAL PARK SERVICE acquired the Baca Ranch, would that prevent future water development?

The plumbing of the San Luis Valley is complicated, so some background is in order. South of the Sand Dunes, the Valley just drains south into the 1,840-mile Rio Grande, which flows south into New Mexico and Texas before forming the boundary between the United States and Mexico.

AS PRESENTED in recent meetings, changing Great Sand Dunes from National Monument to National Park is more than a name change. It would also mean adding land — some of it from the Forest Service, and as much as 100,000 acres now in private hands: the Baca Ranch.

Start with the easy one, Monument vs. Park. Both are administered by the National Park Service, part of the U.S. Department of the Interior, and in general, the same regulations and policies apply to both.

The Great Sand Dunes is 60.4 square miles of the tallest dunes on the continent. The highest pile of sand rises 700 feet. The monument was established within the National park system in 1932 by President Herbert Hoover.

A PROPOSAL IS ON THE TABLE to turn the Great __Sand Dunes National Monument into a national park. No big deal on paper, but the long-range implications have San Luis Valley residents talking.

The issues are the increased crowds at the Dunes, and the resulting pollution and development; whether delicate natural habitat would be more or less safe in a park; property tax revenue; road-building; and, of course, water.

IN SOME WAYS, I was looking forward to a minor Y2K collapse. In my ideal cataclysm, the water and sewer would have to continue functioning, since indoor plumbing is an aspect of modern civilization that I want to keep, and besides, the spot where the privy used to be in our yard is now occupied by a handsome plum tree.

ONLY FOOLS PREDICT the future, which is why I’m perfect for the job.

What a century it’s been! Who could have guessed that you could get a decent cup of coffee in southeastern Utah and that three rare species would make incredible comebacks: rottweilers, condors, and Jerry Brown. Who had the vision to predict that one of the most popular bumper stickers in eastern Washington would say, “Save Our Dams”? Or that Ted Turner would own 1 percent of all the land in New Mexico?

First, welcome to the global marketplace, nearly all of it premised on U.S. public lands. Facing a relatively flat market in the United States, the ski areas along I-70 tried to boost their profits by appealing to more international guests, who stay longer and spend more money. Vail discovered that after hosting the World Alpine Ski Championships in 1989.

Overlooked in much of this discussion are the lynx and wolverine. Despite yet another delay, it still looks as though the lynx is headed for protection under the nation’s Endangered Species Act.

That could have profound consequences for uses on the national forests in Colorado. The issue is compacted snow. The lynx has huge paws, which allow it to stay afloat in the light snow of early and mid-winter, the better to nab rabbits. Biologists believe tracks from downhill skis, snowmobiles, and even cross-country skis and snowshoes allow coyotes and other small-pawed predators to compete against the lynx.

THERE ARE CHANGES proposed for the woodlands to the north. In the last decade the land has been increasingly used, abused and overrun. Now, according to the Forest Service, some of it could use a rest.

Whether the White River National Forest will actually get that rest — and whether changes in forest usage in Summit, Eagle and Pitkin counties w

FEW WRITERS OF THE WEST have come to their subject with as much depth of experience and authority as David Lavender. Born on February 4, 1910, in the mountain town of Telluride, Colorado, Lavender witnessed the waning days of Colorado’s silver and gold boom. He even worked in Ouray’s Camp Bird Mine when supplies still arrived by mule train and trips to town were months apart in the harsh, alpine winters. Also, on his stepfather’s western Colorado ranch, he participated in the final years of the West’s open range.

Scrapple: the Movie
Try your local video shop
or on the Internet at http://www.sweeth2o.com
(note that scrapple.com is adult entertainment).

The wind often provides a good excuse for staying indoors in South Park during March, but the U.S. Army is providing another one: Green Berets will be training there March 1-19.

The scenario, according to Maj. Ernie Benner of the 10th Special Forces Group, is that “You have an armed guerrilla force in your county trying to overthrow the current government. The Green Berets are coming in to help the guerrillas.”

Have cows been getting a bad rap? Do their bovine exteriors hide graceful interiors? Peoa, Utah, resident Randy Barton did not know, but he hoped that dressing cows for the ballet would at least draw an audience and help raise money for the town’s two parks.

“Clad in nothing but tutus,” the Cow Ballet drew crowds, and though they did not dance, says Barton in the Salt Lake Tribune, they did constitute “kind of an artistic vision.”

Certain of our smaller merchants are apparently at the leading edge of commerce. Not because they are operating on the Internet, but because they bring their pets to work.

An article in a recent Wall Street Journal explained that “In the holiday shopping season of the Web, the mall, and the sprawling national chain, cute pets are a sales tactic that still works wonders for small retailers.

“Most big chains prohibit pets on their premises, giving the small store a potential advantage with animal lovers….”

Chuck and Nancy Warner, who run the Valley’s Nature Conservancy office, are transferring to the Wenatchee area of Washington, presumably to duplicate the phenomenal work they’ve done here in the last three years.

Some of us were joking about what the arrival of Y2K might do around here — i.e., “the trains will quit running, turn signals won’t work on cars, and our telephone service will be erratic.”

But by all accounts, the year 2000 arrived as smoothly here as elsewhere in the world.

For instance, it’s still safe to drink the town water in Saguache, despite accounts to the contrary that were printed in some Valley newspapers. Saguache water isn’t chlorinated — not because Y2K caused a failure at the treatment plant, but because it doesn’t need to be chlorinated.

One of the best public administrators in the region — Saguache County’s Brad Jones — retired in 1999.

But others didn’t leave of their own choice. After a recall election installed new trustees, the Buena Vista town board fired administrator David Clyne, who’s now suing for wrongful termination. 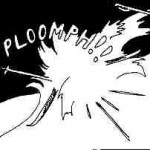 MY FACE IS AFFIXED to a Frigidaire in Oklahoma, stuck among report cards and wedding invitations with a Crested Butte magnet that snows when turned upside down. I am posed in front of a rustic miner’s cabin like some kind of Rocky Mountain Minnie Mouse.

Due to a “wet” January, snowpack has improved but still remains well below average. Data collected from the NRCS SNOTEL sites as of Feb. 1st, indicates snow water equivalent is: 62% for the Gunnison, 76% in the Upper Colorado, 86% in the South Platte, 83% in the Laramie/North Platte, 85% in the Yampa/White, 77% in the Arkansas, 35% in the Rio Grande, and 42% in the San Miguel/Delores/Animas/ and San Juan River Basins for a state-wide average of 67%.