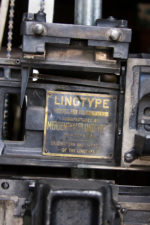 By Virginia Simmons In Colorado’s younger days, publishing a newspaper often simply involved hauling a printing press, a case of lead type, and some newsprint in a wagon across the prairie to a new town or mining camp, printing the current local news, and selling it to any eager soul who could read and had …

The Saguache County Museum began as an idea that grew into a huge community project. At the time, all Colorado communities were asked to join in the 1976 Centennial celebration of the Rush to the Rockies, which brought miners and other pioneers to Colorado. Several clubs including the Saguache Women’s Club along with the Community Council started a movement to Save Our Jail. A museum was chosen because the jail and the old Jailer’s Home were scheduled to be torn down. The museum was originally to be located there for only a year, but now, 59 years later it remains in the same location.

The old jail was built in 1908, and the 1870s residence was built by Otto Mears. Neither building was in good shape. It took a lot of volunteers and donations to turn the house and yard into something suitable to hold a collection.

In 1972, the Memorial Room was added, thanks to donations. In 2004, the museum secured $170,000 in grants and used it to add on the Virginia Sutherland Room. Originally, Sutherland headed up the museum committee for her club. She served as Chairman of the Museum for 56 years, and today continues on the Board of Directors as Chairman Emeritus. 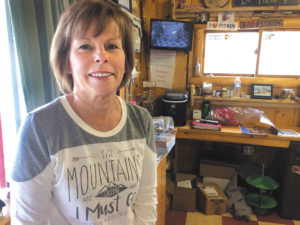 In May 2015, we ran our first installment of the Day Tripping column which took us from Salida to Cañon City, over the Oak Creek grade to Westcliffe, down to Cotopaxi and back to Salida along U.S. Hwy. 50.

Earlier this past June, my traveling partner Dan Smith and I chose the opposite direction for our explorations. The original plan was to drive over Marshall Pass to Sargents, where we would hook up with U.S. Hwy. 50 and continue west, but rainstorms in the mountains the previous evening, combined with lingering snow caused us to nix that idea.

by Bill Hatcher The casual visitor to Saguache, Colorado will see ranches, farms and a quaint valley town. But upon closer inspection, you will find a trove of artistic gems that rival those in any metropolitan area. A downtown revitalization project, completed in 2012, gave businesses a chance to recover from the town’s century-old slump. …

Polston Property Annexed Alamosa city councilors annexed the controversial Polston school property in a unanimous vote, according to the Valley Courier. A group of Alamosa citizens had attempted to purchase the fertile piece of land to create the Rio Grande Healthy Living Park (RGHLP) with botanical gardens, a commercial kitchen and a production greenhouse as …

Easing the car off the highway and into the dirt parking lot at Joyful Journey Hot Springs, visitors gaze east out across the landscape which is nearly free of obstruction.

Few trees, even fewer buildings and a steadily blowing breeze greet them as they hustle into the warmth of the now modern and popular hot springs facility just south of Villa Grove in Saguache County.

It’s hard to imagine that more than 100 years ago, a city once formed here with great hopes of becoming a tourist destination and prosperous site. However, the brutal climate, the Great Depression, a floundering agriculture economy with poor soil, and life’s hardships ended that hope.

Is Ron Briggs in a position to claim property damages due to Saguache County’s decision to permit California-based SolarReserve to build a concentrated solar power planet directly across from his property north of Center? Saguache County courts are willing to consider his case against the county, and it could be on its way to trial.

Attorney Jessica Muzzio, representing Saguache County, has filed a motion to dismiss, claiming Briggs is not entitled to the $7,500 in damages he is seeking on the basis of the county’s sovereign immunity and his failure to file a complaint in district court within 28 days of the re-zoning decision. The county authorized the SolarReserve 1041 permit on April 3.

Sherlock Holmes is, perhaps, the most famous detective of all time. Recently, he has received renewed attention in film and on television.

However, a different sort of detective has been investigating a real-life enigma here in central Colorado for the past eight years. And if his pursuit seems less glamorous than what happens on the silver screen, his findings have been no less dramatic. This detective is a geologist who has been solving the riddles of a local super-volcano. Doctor Peter Lipman taught geology at Colorado State University in the 1970s, but has been a research scientist since then. He’s now 77 and officially retired. Still, his passion for rocks takes him high into the mountains each summer. And as he told the story, I imagined him puffing on a pipe like Sherlock, pondering.

So often we are stuck on the paved roads, busy highways, four-way stops; relegated to the same path, or in too much of a hurry to get to the next stop. Here’s an novel idea: sit back, roll down the windows, cruise slowly and play “Lowrider” on the 8-track while your passenger drinks a tasty libation.

Colorado is overflowing with perfectly safe, absolutely serene, and kinda smooth back roads. These well-maintained dirt roads do not require anything more than a passenger car and the will to see all the vast hidden lands at a nice low-rider speed.

A temporary protective order alleging physical and possible sexual assault was filed on a former Saguache County Commissioner and current Center school board candidate after an incident Wednesday, Oct. 12, at the Saguache County Courthouse. 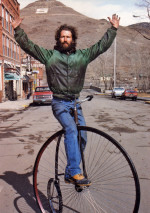 In order to pay tribute to his life, I’ve been casting about to find a word to describe Mike Rust. A unique and independent person who proudly lived “off the grid” near Saguache, Co, “Mike Bike,” as he was known by friends, disappeared on March 31, 2009 after confronting burglars near his home.

I decided to go with the word “intense” to describe Mike. He lived life at a very intense level. Coming from a raucous Colorado Springs family that included six other intense children, he began building bicycles in the seventh grade.

One such operation still exists in Central Colorado and it is one of a few remaining newspapers in the country to produce a print product using Linotype.

Just read “A Cautionary Tale,” by Marcia Darnell, about the travails of businesses in Saguache in the January edition . Thank you for remembering Saguache is here, but why the heavy focus on the downside of things, without some balancing emphasis on those businesses that are here, and have been here for quite a while?