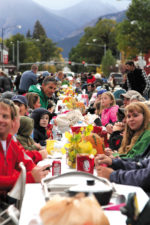 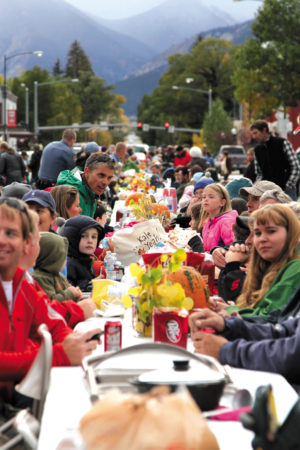 There had been heavy rainfall in the days leading up to a visit to Agnes Vaille Falls by the Johnson family of Buena Vista on September 30, 2013.

Agnes Vaille, on the southern slope of Mt. Princeton near Nathrop had been a popular spot amongst tourists and locals alike due to the relatively short hike to the scenic, cascading waterfalls. But tragedy struck that fateful morning when falling rocks from a cliff shelf above the falls triggered a huge rock slide, nearly 100 tons, which rained down on the unsuspecting family of six.

A witness, Adam Rogers watched with horror as the family was buried under the car-sized boulders and he ran the 1 1/2 miles down the trail to call for help. By the time first responders arrived at the scene, all members of the party were hopelessly buried under the rubble except a thirteen-year-old girl, Gracie Johnson whose screams caught the attention of rescuers and was dug out from the rock debris. Unfortunately, her father Dwayne, a local electrician and part-time assistant Buena Vista High School football coach, and her mother, Dawna, a track coach at the high school and part-time waitress had perished in the slide, along with Gracie’s sister, Kiowa-Rain Johnson, 18, and two cousins, Baigen Walker, 10, and Paris Walkup, 22 who were visiting from Missouri. Gracie’s father had the presence of mind to push her to a bigger rock, shielding her and likely saving her life.