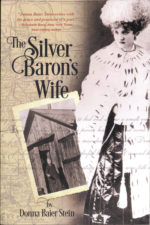 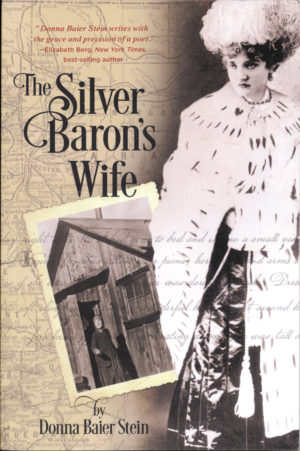 Lizzy “Baby Doe” Tabor is a tough subject for any novelist to pick, and Donna Stein has done a good job here. There are hundreds of books and articles written about this famous figure from Colorado history. There are also plays and one full length opera. The interpretations of her life and writings are many indeed. What can another historical novel add? 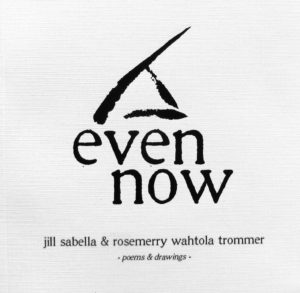 It’s called “synergy.”
And it’s a fancy word to describe what happened when Rosemerry Wahtola Trommer, Colorado’s Western Slope Poet Laureate, and Snowmass-based visual artist Jill Sabella joined forces to create the poems and drawings of even now, a collection that epitomizes the idea of a whole becoming greater than the sum of its already-lovely parts.
Published by Fruita’s Lithic Press, an independent small press founded by Colorado poet Danny Rosen, this 6×6-inch book, printed on heavy, cream-colored paper, is a collaborative exploration of the concept of “threes.” It pairs 45 three-line poems by Trommer – whimsically referred to as “haikulings” – with an equal number of Sabella’s elegant, Japanese-style, sumi-e black-ink paintings, all executed using just three brush strokes.
Continuing the tripartite theme, even now is divided into three sections subtitled “undoing another button,” “given wings,” and “unruly blossoms,” lines that strike me as a poem in themselves. And, as Trommer and Sabella write in the book’s introduction, this poetic and painterly “journey into three” forms a collection “in which the poem is one piece, and the image is another, and you, dear readers, are the third.” 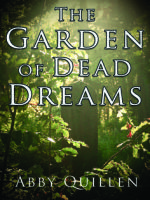 The Garden of Dead Dreams By Abby Quillen Sidewalk Press: 2014 ISBN: 978-0-9899822-3-8 $13.95, 253 pp. Reviewed by Eduardo Rey Brummel In her novel’s opening lines, Abby Quillen tells us: Etta Lawrence wasn’t the only one who came to Roosevelt Lodge to become someone else. That’s why they’d all come. Forty-some years earlier, Vincent Buchanan … 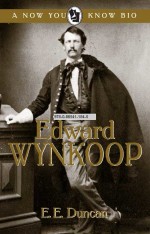 Edward Wynkoop, Soldier and Indian Agent By Nancy Oswald #7 in the “Now You Know” series for young scholars by Filter Press ISBN: 978-0-86541-184-5 Reviewed by Forrest Whitman Cotopaxi author Nancy Oswald does a nice job of presenting this historical Colorado figure. Some young scholars will recognize that Wynkoop Street down by Union Station in … 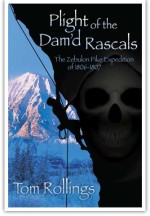 Plight of the Dam’d Rascals By Tom Rollings 178 pages, Dog Ear Publishing 2014 ISBN: 978-1-4575-2950-4 Reviewed by Forrest Whitman Literally thousands of books and articles have been written about the Zebulon Pike Expedition of 1806-1807. The expedition is especially interesting to readers from Central Colorado, since many of the dramatic events on Pike’s long … 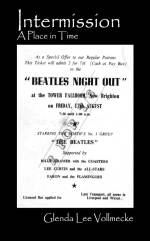 By Glenda Lee Vollmecke Outskirts Press Paperback: 192 pages ISBN-10: 1478712406 ISBN-13: 978-1478712404 Reviewed by Elliot Jackson I confess, I started this book laboring under a misapprehension. From the cover art, which shows a handbill for a “Beatles Night Out” at “The Tower Ballroom, New Brighton,” I was expecting a lot more about the English …

The Sawatch Range is the highest in the Rockies, the Sangre de Cristo Range is the longest, and the Mosquito Range is the richest in overall Colorado mineral production. But it is the San Juan Mountains that provide the quintessential Colorado mining-camp imagery and lore: soaring jagged peaks, frothing streams in narrow gorges, steam-powered narrow-gauge trains, immense old mines in sites apparently accessible only by jaybirds, and Victorian towns in various states of preservation.

WE ORDINARILY RUN reviews “from, for and about” Central Colorado. But since our readers and writers doubtlessly read and enjoy nationally distributed books, too, years ago we decided that we would run recommendations of books of any sort at Christmas. Since then, Lynda La Rocca has consistently met the deadline, and Ed and I have flaked out, mostly because Christmas is one of our busiest seasons — with extra ads, phone calls, and gift subscriptions; expanded bookkeeping demands, family obligations, and calendar entries….