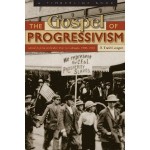 The Gospel of Progressivism – Moral Reform and Labor War in Colorado, 1900-1930

Fans of the Old West tend to forget that Colorado burgeoned in scarcely a half century from a mostly wide-open frontier territory to a state replete with land grant settlers, cowboys and cattle barons, homesteaders, railroads, mining booms and busts, industries, labor wars, cities, merchant princes, and, predictably, political parties. In this welter of competing interests, defenders of humanitarian concerns and moral rectitude looked out and saw that their state not only could, but should, be improved. Such reformers called (and often still call) themselves “progressives,” the staunch descendants of agitators for abolition, temperance, and suffrage, who were ready to take on other battles like child welfare, minimum wage, women’s working conditions, and political party corruption.