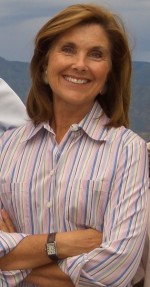 Senator Gail Schwartz (D-Snowmass) was elected to represent Colorado’s Senate District 5 in 2006 and was re-elected in 2010. Previously, she was elected to serve on the Board of Regents of the University of Colorado from 2000 to 2005 and, before that, she was appointed by Gov. Roy Romer to the Colorado Commission on Higher Education from 1995 to 1999.

Colorado Central: Could you briefly explain SB12-048, the “Local Foods, Local Jobs Act” and how it will affect residents of Central Colorado? Where does the bill currently stand?

In August I received a call from State Senator Gail Schwartz’s campaign manager asking if I’d like to meet with the senator as she was to be in Salida for a few days. As the only candidate running for office this year who’s contacted our office, I agreed.

We sat down on the sunny patio at Salida Café the same day that one of her legislative goals became a reality.

Editor’s note: Colorado Central Magazine contacted most of the legislators in our region asking for their thoughts on the current health care reform debate. Only State Senator Schwartz was able to respond in a timely manner.