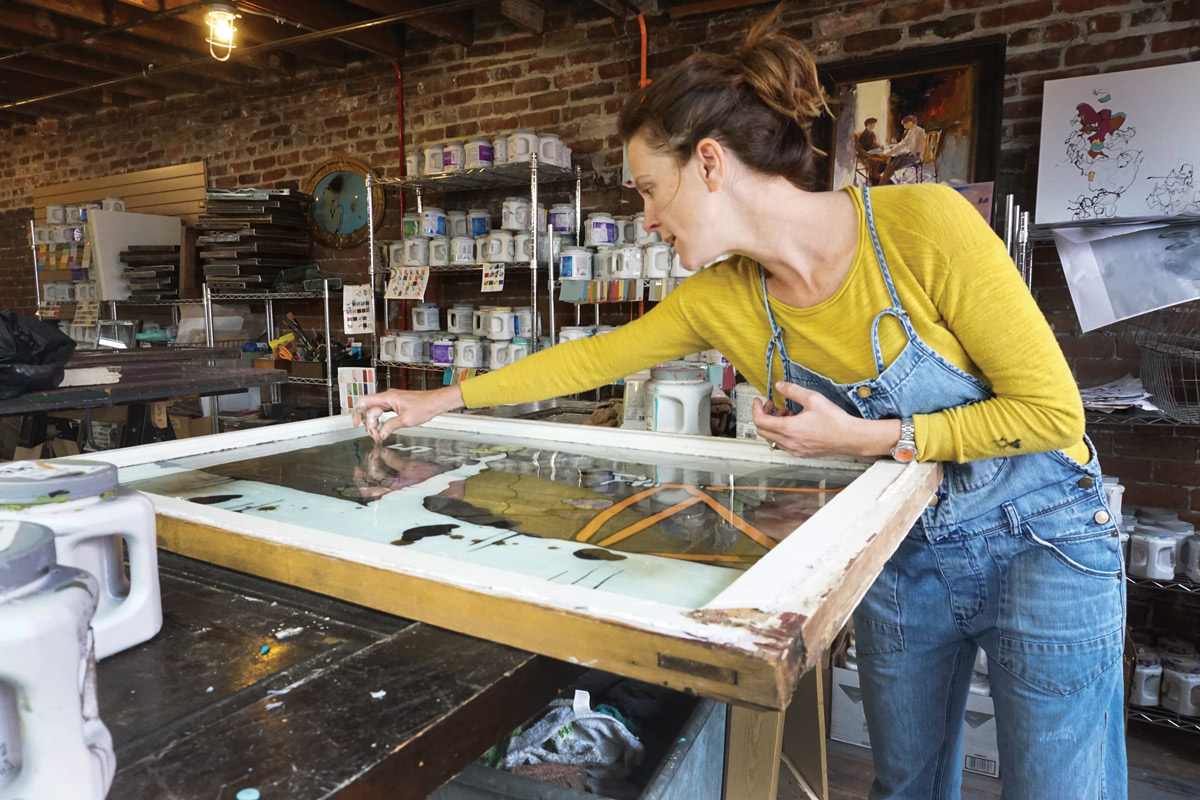 It would make a great story to describe how Salida’s Jessica Vogel was inspired by her grandfather, who was a glass painter in Belleville, Illinois. 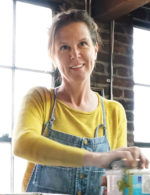 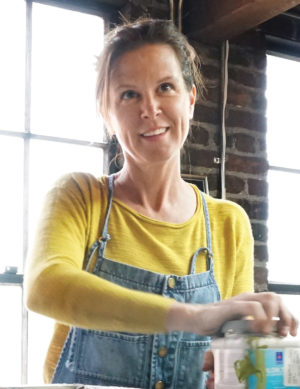 Jessica Vogel began her love affair with compelling images as a commercial photographer. It all began at the University of Florida’s Photojournalism School. Later, while interning with a noted Texas photographer, she improved on the technique of making Polaroid transfers, separating the color layers in the film and putting them back together to create images that resemble paintings. When Kodak went out of business and Polaroid film was no longer available, she returned to the 35mm camera and her paints and brushes. For several years after getting married, she operated as Jess Vogel Photography, her work appearing in such publications as Outside Magazine, Skiing, Transworld Snowboarding and Surfer Magazine.

by Mike Rosso Although he professes to be “just a toolmaker,” Salida-based luthier Jeff Bamburg is hand-crafting some of the finest steel-string guitars in North America. A builder for just ten years, his instruments are garnishing high praise from around the U.S. and the world. Bamburg first caught the guitar bug while listening to recordings … 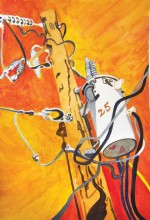 by Mike Rosso Since 2009, art fans have had an opportunity to meet Salida artists and craftspersons in their working studios, thanks to the Salida Studio Tour. Every other year, artists open their doors to the public for a chance to watch the artists at work, discuss techniques and view private displays of art. Among …

Salida-based artist Susan Spohn describes herself as a gardener, recreating in paint the magic she feels when in the presence of flowers, critters and nature. Painting memories, visions and whimsy, her favorite medium is oil paint. She paints on wood panels using bristle brushes, painting knives, turpentine and varnish. Her paintings of textural garden scenes …