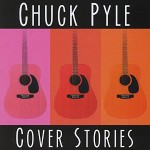 On Nov. 6, legendary country artist Chuck Pyle passed away unexpectedly. His body was removed from the aquamarine waters of Palmer Lake after he went fly-fishing near his historic Colorado cabin. Mr. Pyle was later pronounced deceased at the age of 70. His 13th album was recorded in January this year. The unprecedented swan song has become a final tapestry in the long tale of an enlivening songwriting career. Two thirds of Chuck’s life had been spent writing songs and traveling, singing around the countryside and playing for packed audiences in his 100 shows a year. Chuck’s legacy includes crafting special pieces for John Denver, Chris LeDoux and Jerry Jeff Walker. Mr. Pyle has performed at the opening sessions of the Colorado State Legislature. He was hailed as the favorite musician of tech giant and philanthropist Bill Gates and also appeared as a guest on the PBS series Spirit of Colorado.

A high-and-dry land drifter from dusty Iowa roads, Chuck scours the land forms searching for evidence left from a perfectly constructed plainsong. The solidly crafted tunes on Cover Stories manage to soothingly respect a Highwaymen vibe, delivering 12 songs at just the right tempo in just the right order. It’s a classic recipe for a hit country CD, duplicating immortal vibrations from 1922 when the first fiddle song was recorded on a roll of wax to the modern twang of country hymns.